The US Media War against the Leaders of Latin America 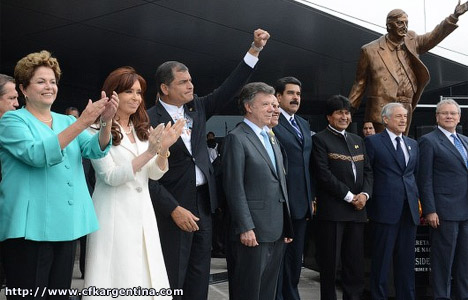 Last December the Venezuelan journalist José Vicente Rangel went on his television program to talk about how the Pentagon has created the Center for International Media Assistance (CIMA) that is spreading disinformation about Venezuela. Specialized centers such as CIMA also go after other governments that Washington finds unpalatable. 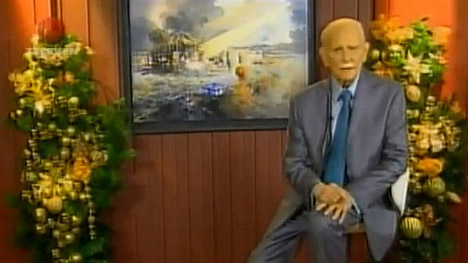 The president of Ecuador, Rafael Correa, devoted one of his weekly speeches to the mudslinging being directed against his government via social networks. Social networks are now the principal platform for media warfare.

A mass media law has been in effect in Ecuador since June 2013, which greatly limits any potentially hostile propaganda campaign, including «exposés». Typically, such campaigns are intended to compromise politicians and other figures friendly to the government. The Superintendent’s Office for Information and Communications, which monitors and assesses the work of the media, is responsible for enforcing the law in Ecuador. 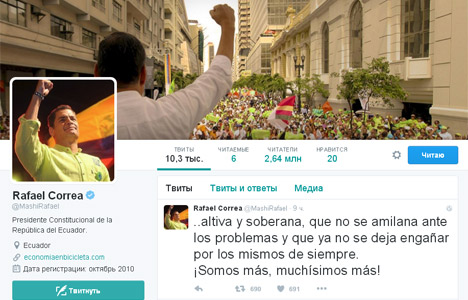 Ecuador’s penal code includes a chapter titled «Crimes associated with mass media transgressions», which decrees that editors and publishers are responsible for the publication of defamatory or offensive materials. Ecuador is probably the only country in Latin America that has managed to set some sensible guidelines for the work of the media.

Currently the Western Hemisphere is being inundated with a flood of «exposés» featuring the names of politicians who are under attack by Washington. Apparently the CIA and NSA are pursuing a comprehensive plan aimed at getting many influential figures deposed and prosecuted. 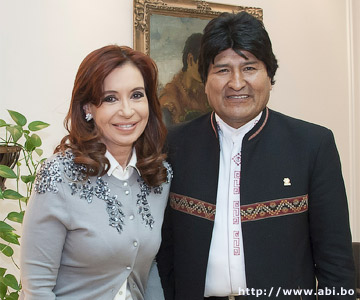 Compromising materials on Nicolás Maduro, Inácio Lula da Silva, Dilma Rousseff, Cristina Kirchner, and Evo Morales were publicized by US intelligence agencies in one fell swoop without missing a beat, and those are now being used by a pro-American fifth column in order to destabilize Venezuela, Brazil, Argentina, and Bolivia. That blow is primarily aimed at leaders who are rejecting the neoliberal doctrine, pursuing social reform policies that will benefit many different strata of the population. 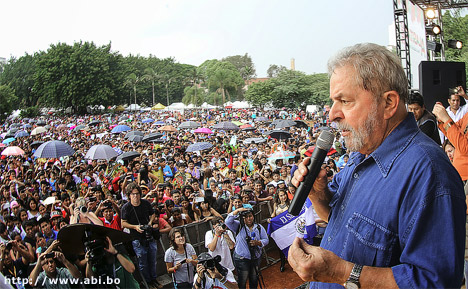 In Brazil, a scandal is unfolding over the convoluted issue of petrodollar-laundering and corruption, as well as the use of «undeclared revenue» to finance the election campaigns of the ruling Workers’ Party. Former president Lula da Silva (2003-2010) was detained for several hours and questioned by an investigator, accused of taking bribes from the company Petrobras. Specifically, Lula was asked to explain what money he had planned to use for the purchase of an apartment that he had allegedly looked in secret. Sixty Brazilian politicians, governors, and businessmen are named in the case. The investigation cast a shadow on Dilma Rousseff, the country’s current president. Brazil’s opposition media, under the control of the media holding company O Globo, claimed that Rousseff chaired Petrobras at a time when corrupt schemes were flourishing in the company. According to investigators, the contracts signed by senior managers hinged on the kickback percentage that was personally offered to them.

At the center of the crusade against Dilma is Aécio Neves, her recent rival in the presidential election and a senator and regular visitor to the US embassy. His agreement to «collaborate» with the Americans is still in effect, thus much of the NSA material from the dossiers on Lula and Dilma has been placed at the disposal of Neves’ people in Brazil’s courts and government agencies, and publications owned by the O Globo holding company have provided extensive coverage of these materials. As a result, Dilma’s approval ratings have dropped. Her nine-party coalition, With the Strength of the People, has disintegrated. This was in large part due to the fact that some of the Workers’ Party staff were vulnerable to accusations. 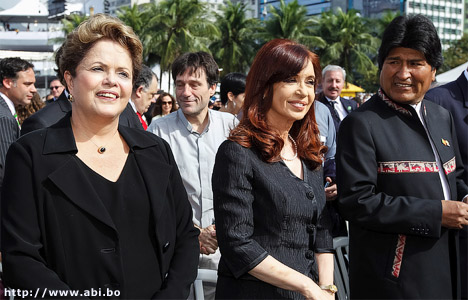 A campaign replete with serious problems for Brazil was unleashed. Brazil’s former finance minister, Luiz Carlos Bresser-Pereira, claims, «Unexpectedly there emerged a collective hatred on the part of the upper strata of society – the rich – against the party and the president. It wasn’t anxiety or fear, but hatred. Hatred, because for the first time we have a center-left government that has remained leftist. Despite all the compromises, it has not changed. Hatred, because the government has demonstrated a strong preference for the workers and the poor».

Sensitive information about close relatives can be co-opted if no justification can be found to attack a politician that US operatives have decided to victimize. That is what the DEA, CIA, and US prosecutors are doing to the nephews of Cilia Flores, the wife of President Maduro. Those young men were arrested by police in Haiti and handed over to the US on charges of conspiracy to import cocaine into the United States. 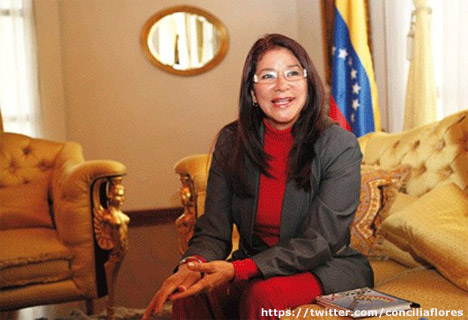 It will take time to prove that they were framed by DEA agents who staged scenes designed to entrap their «targets» in illegal deals, and the propaganda campaign against the family of President Maduro is already in full swing. According to Cilia Flores, the lawyers for the accused will prove that in this incident, the DEA operatives in Venezuela have committed crimes.

The defeat of the Kirchnerists in the recent presidential elections in Argentina was largely due to the publicity and propaganda advantages held by Mauricio Macri, the leader of the Republican Proposal party. Those advantages were provided by the Clarín media group that dominates public communications in Argentina. Macri was called the «US candidate», and this has proven true since he took office. Barack Obama came to Buenos Aires on an official visit and was full of optimism when he spoke of the upcoming golden era in the US-Argentine relations. 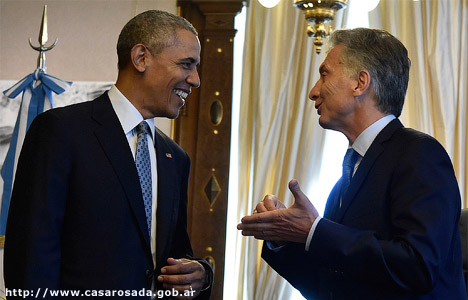 In order to earn this relationship, Macri took a confrontational tack toward Venezuela and what’s more, made it clear that he was carefully «studying the consequences» of the Kirchners’ 12-year rule. Now the accusations are growing louder against Cristina Fernández de Kirchner over her involvement in the murder of Special Prosecutor Alberto Nisman, who had been investigating the 1994 bombing of a Jewish cultural center in Buenos Aires. Nisman was planning to accuse Fernandez as well as Foreign Minister Héctor Timerman of conspiring to «safeguard the impunity» of the Iranians who were involved in the bombing, according to one version ... 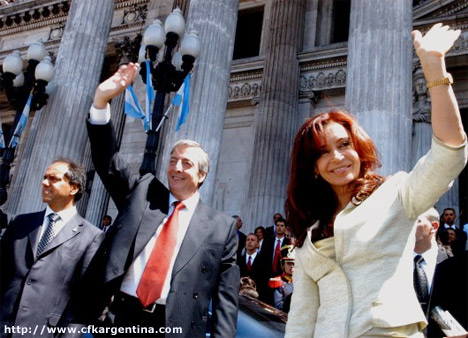 The tabloids have published the «revelations» of Miriam Quiroga, who was Néstor Kirchner’s secretary as well as his alleged mistress. Her disclosures have sparked rumors that now proliferate about corruption, money-laundering, and the involvement of Cristina Fernandez and her family. It is entirely possible that the NSA will manufacture yet more materials in order to prevent Christina from taking part in future presidential elections. It does not matter to the orchestrators of this dirty war that the materials obtained through «bugging» are always fragmentary, superficial, and must be extensively cross-checked. Provocateurs are focused solely on spreading scandalous accusations that can feed a media frenzy lasting for years.

Bolivian President Evo Morales, with whom the US embassy in La Paz has a long history of grievances (if for no other reason than the 2008 expulsion of Ambassador Philip Goldberg), was not immune to the exposés that US intelligence agencies concoct in order to undermine the credibility of politicians. The Feb. 21 referendum on amendments to the Bolivian constitution allowing the president to run for a third consecutive term ended unfavorably for Morales. Voters were swayed by the story of the president’s former partner, Gabriela Zapata. The president had stated that they had had a son who died in infancy, but Zapata claimed otherwise – that the boy was supposedly alive and being cared for by her family. This electrifying news is now being thoroughly milked by the tabloids. 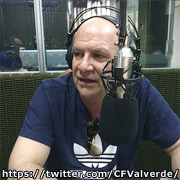 The media has also publicized information about the help provided by Morales in order to secure Zapata, who lacks a higher education, an executive position at the Chinese company CAMC. The multi-million-dollar contracts won by that company are attributed to Morales’ influence. The CIA’s hand is clearly visible in the scandal, because this news was publicized by the journalist Carlos Valverde Bravo, who has in the past headed the intelligence service of the Ministry of Internal Affairs, while earning a living on the side by cooperating with the biggest drug cartel in Bolivia (in the 1990s). 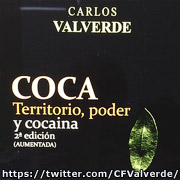 Some members of the cartel used authorization documents issued by Valverde when transporting cocaine abroad. After a lurid story about sending drugs to the US inside decorative figurines, he was arrested and sentenced to several years in prison. After his release, he began a career as a radio journalist and is now regularly invited to receptions at the US embassy, where he is provided with the subjects for his «targeted exposés».

Among the Latin American politicians causing unease in Washington is Andrés Manuel López Obrador, a moderate nationalist and the most likely contender for victory in Mexico’s 2018 presidential elections. It is possible that he could be transformed into a «Mexican populist». Obrador has repeatedly jockeyed for that highest state office, but the backroom machinations and manipulation of the vote counting affected the final outcome. Particularly questionable was the defeat from the Institutional Revolutionary Party candidate, Enrique Peña Nieto, in 2012. Obrador’s newest bid is predicted to be successful, and it will be difficult for his enemies to block it using their old tricks. Political associates and bloggers who are sympathetic to Obrador constantly warn him that his life is in danger – because that is how political rivals are traditionally disposed of in Mexico. 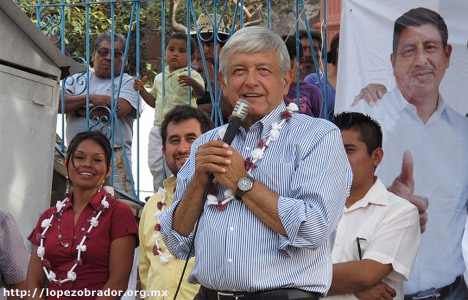 Obrador is often asked if he is afraid of being assassinated and why he does not request a more substantial security detail. Without downplaying the dangers, he answers imperturbably, «He who owes nothing, fears nothing. If criminals are intent on doing something, they will corrupt every institution of power in order to realize their objectives. Thus, the only way to prevail over violence is through peaceful social mobilization. And it’s best if that takes the form of voting, because that shows that citizens are sick of the corruption that plagues their country».

Is Obrador sufficiently aware of the threat US intelligence agencies might pose to him? No question. Evidently this is why he has always distanced himself from Hugo Chávez. When the Venezuelan leader died on March 5, 2013, Obrador tweeted, «I had no ties to Chávez. My enemies used his image to attack me». Will this help him to dispel Washington’s mistrust and once again vie for the presidency? That’s doubtful. The US intelligence community has plenty of ways to bulldoze Obrador’s political career ...