Evo Morales: Leader of Opposition to Neoliberalism in Latin America 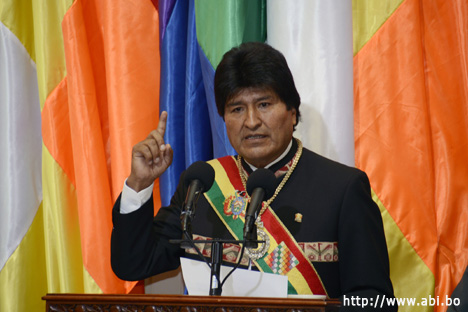 In January, Evo Morales, Bolivia’s first indigenous president, marked ten years in office with a traditional ceremony at the historical site of Tiawanaku. The ceremony began at sunrise in the presence of hundreds of guests, including members of government and representatives from indigenous groups, public organisations, embassies and foreign delegations. Dressed in the robes of an Indian chief, Morales offered sacrificial gifts to Mother Earth (Pachamama) and asked for support in his arduous struggle for a better future for the country and the Great Motherland as a whole – Latin America. 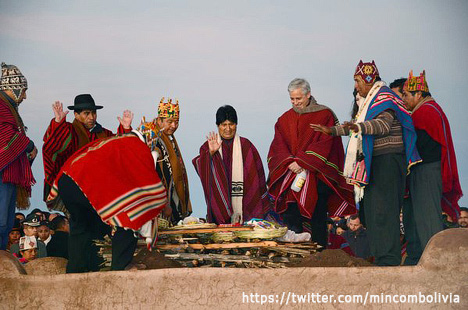 Morales has won three elections – in 2005 (in accordance with the old constitution), 2009 and 2014. Since the new constitution only allows a president to hold office for two consecutive terms, in September 2015 the Bolivian parliament approved a bill to amend the constitution, allowing for subsequent re-elections. The final approval of the bill will be put to a national referendum on 21 February. All other issues have been temporarily pushed aside: at the epicentre of the political struggle is everything to do with the referendum. For Morales, victory in the referendum is tantamount to being promoted to the role of the continental leader who will head the fight against neoliberalism. At a time when progressive regimes in Latin America are conducting relentless defensive actions, resisting combined attacks by the US, oligarchic circles and powerful ‘fifth columns’, Morales’ determination is having a mobilising effect on all potential allies. 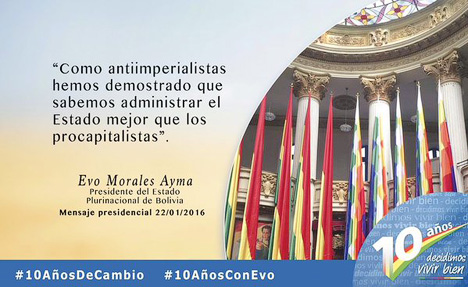 The left-wing political party Movement for Socialism led by Evo Morales is carrying out serious work in support of the bill. Polls show that 68 per cent of Bolivians have a positive view of Morales’ rule. With regard to the constitutional reform, 53 per cent of the population voted against it at the beginning of January. In an interview published by Portal Alba, the president described the situation as follows: «I have never believed in polls. During the presidential campaign in 2005, all the polls indicated that I would win by 32 per cent of the vote and it turned out to be 54 per cent. In 2009 they said I would win by 48 per cent, but I actually received 62 per cent of the vote. There are also clear contradictions in the latest polls. We are confident that we will win, because we want to receive a further additional term in order to continue implementing the patriotic programme. So the best thing is to appeal to the people: if the people want me in this post, then I will continue my work and if not, then we will respectfully accept their decision. It is the most democratic solution». 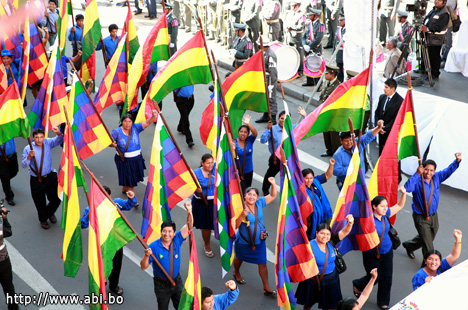 Evo Morales is taking every opportunity to remind his fellow countrymen of the need to consolidate the educational and cultural revolution and to further develop production, healthcare, and a careful attitude to the transformation of the outside world. Neither does he avoid discussing large-scale issues related to the country’s industrialisation and a reduction in the import of goods that could be produced domestically. Morales believes it is time to put an end to the centuries of hatred, racism, discrimination and individualism in Bolivia and in Latin America as a whole. Bolivia must find its rightful place in the world by completely doing away with the inertia of historical inferiority it inherited from Morales’ predecessors – the liberal governments of Gonzalo Sánchez de Lozada, Jorge Quiroga, Carlos Mesa and Eduardo Rodríguez. 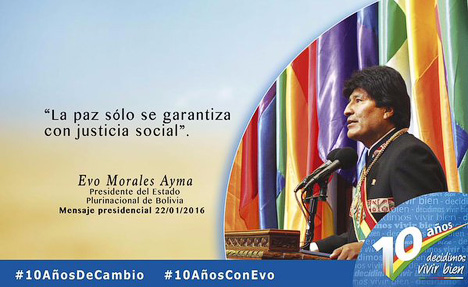 During a recent meeting with representatives from social movements in La Paz, Evo Morales urged people «not to allow the return of right-wing forces in Latin America... It is our duty to fight against them by means of greater organisation and solidarity». He pointed to the need for support from Venezuela, Ecuador and Brazil, the leaders of which «defend, respect and guarantee the social rights of the peoples of the Great Motherland». Morales recalled that the governments of these countries expressed their solidarity with Bolivia during difficult times. «For this reason,» he said, «we cannot leave Luiz Inácio Lula da Silva, Dilma Rousseff, Rafael Correa and especially Nicolás Maduro without our support. We are obliged to defend our leaders. As long as the empire and capitalism exist, the struggle will continue. And no matter how many anti-imperialist presidents there are, it will remain our duty, and social movements need to be oriented accordingly».

The Prensa Latina news agency has made public a restricted document prepared by the Washington-controlled Instituto Interamericano para la Democracia (Interamerican Institute for Democracy) entitled «Strategic plan for Bolivia» that contains a step-by-step timeline of subversive activities to destabilise Evo Morales’ government in the run up to the referendum. The plan’s authors include Carlos Sánchez Berzaín, an ultra-right-wing politician from Bolivia who took refuge in the US in 2003 following his involvement in the massacre of demonstrators in La Paz, as well as the Cuban ‘contras’ Alberto Montaner and Alberto Valladares. The ‘plan’ says that it is in agreement with Bolivian oppositionists and has been adopted by them as a guide for action.

The document does not contain a direct reference to the ‘colour revolutions’ in other countries, but the subtext is that the regime of Evo Morales in Bolivia must cease to exist. To accomplish this, it suggests encouraging popular discontent resulting from inflation, raise of food prices and living expenses and so on. And all this despite the real achievements of Bolivia under Morales: the country can be proud of its highest economic growth in South America, its reduction in poverty, its victory over hunger and epidemics, and its access to education. All of this is being ignored by the ‘plan’, but it recommends paying attention to «uncovering corruption» in government structures and in the ruling party in light of the effective impact such information would have on the people. At the same time, nobody mentions that Evo Morales is the lowest paid of all Latin American presidents! 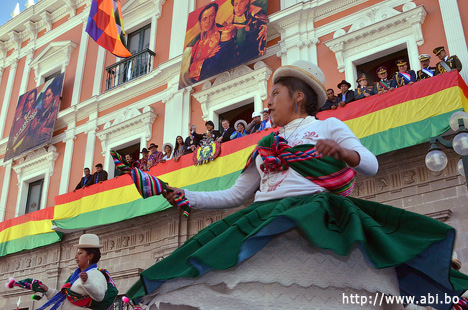 Evidence of what the plan’s authors really have in mind is their opinion regarding the need to establish contacts with military personnel, both on active duty and retired. They are needed to oppose Evo Morales’ government and should be used «in response to a crisis or an internal social conflict in order to lead an uprising against the regime or at least lend support to a foreign intervention or civil uprising».

The above-mentioned Alberto Montaner, whose collaboration with the CIA is an open secret, has spoken of a ‘Latin American Spring’ and of an imminent ‘colour revolution’ on the continent. This is a cause for great concern for Evo Morales, Rafael Correa, Daniel Ortega, Raúl Castro and other politicians often referred to as ‘populists’. Which country is in the crosshairs? There are several, according to Montaner. A ‘new spring’ could affect Evo Morales in Bolivia, Ecuador’s President Rafael Correa and Sandinista Daniel Ortega in Nicaragua. Cuba will not remain on the sidelines either. In this regard, Montaner alluded to the domino effect: «when a change in one country prompts changes in other countries, it is similar to how a row of dominoes falls». To demonstrate that the domino effect is at work in Latin America, Montaner referred to the victory of the opposition in the parliamentary elections in Venezuela (on 6 December) and to Mauricio Macri, who defeated his opponent Daniel Scioli from the ruling left-wing Peronist political party in the presidential elections in Argentina. 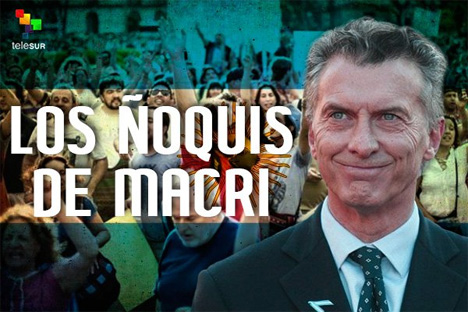 That the neoliberals are ‘correcting the mistakes’ of the populists is evidenced by Mauricio Macri’s actions in Argentina: massive layoffs in companies and state institutions, a widening spiral of reprisals against the discontented, the appearance of the first political prisoners, and the dismantling of institutions involved in social work. And on top of all that, a shift towards the US in order to undermine Latin American integration processes.