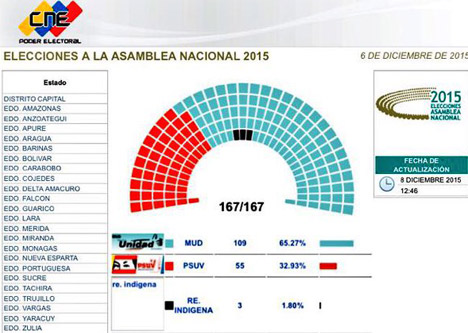 Hundreds of reporters from all over the world covered the Venezuelan parliamentary election that took place on December 6. This was the 20th election in the past 17 years since the Bolivarian government came to power in 1999. All the previous ones had been won by the United Socialist Party of Venezuela (Spanish: Partido Socialista Unido de Venezuela, PSUV) led by late President Hugo Chavez and his successor, the current President Nicolas Maduro.

The economic slump, shortages, high inflation and rising criminal rate, corruption scandals and the government’s inability to tackle burning issues negatively influenced the voters’ attitudes, including those who routinely associated themselves with the Chavista movement. According to the National Election Council estimates, the Democratic Unity Roundtable (Spanish: Mesa de la Unidad Democrática, MUD) opposition coalition got 109 seats in the one-chamber parliament with 55 seats going to PSUV. 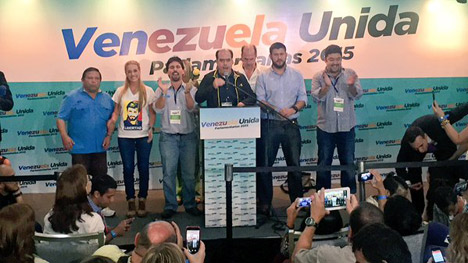 The final count will make precise what chances the former opposition will have for implementation of its revanchist plans after its victory. Having won the majority of seats to seize control over the legislative power, the winners are not making a secret of their plans to grab the executive power as well. The Venezuelan constitution of 1999 contains provisions for national presidential recall referendums that can take place after a president has served half of his presidential term of 6 years. The opposition tried to recall late President Hugo Chavez in August 2004. It lost with 59% of voters supporting the President.

The opposition was greatly weakened for a long time as a result of Chavez’s victory. The defeat gave rise to internal squabbles between its leaders, spurring the fight for top positions and «financial support». Ten years have passed since then. The possibility that the success achieved at the election will prompt MUD to invoke the recall provision is very high. Three years of Maduro’s presidential term will end in April 2016. This was the period of hard fight to preserve the achievements of Bolivarian revolution, strengthen the regime and counter the US attempts to grab the Venezuelan oil resources. The CIA waged a secret war creating a negative image of Maduro to be spread around Venezuela and the entire Central America. The opposition networks prove this point sending a message of hatred and revenge.

At present the leaders of the new parliamentary majority demonstrate tolerance and readiness for a constructive dialogue with the Bolivarian opponents for the benefit of all Venezuelans. Julio Borges, a radical opponent of Chavism, has changed to become more tolerant in a bid for the position of the National Assembly president. He is ostentatiously careful when choosing words in his public speeches. In an interview with Globovisión channel Borges said the chavistas are wrong saying the coalition that won the election is against the revolution. According to him, Venezuelans are the ones who suffer as a result of ongoing crisis. There is no need to use outdated labels. The time has come to use different terminology. The events that took place on Dec. 6 mirror the democratic process. The winners will treat the PSUV MPs the best way they can. There is no place for sectarianism of any kind. Social programs will not be curtailed. To the contrary, the parliamentary majority will go on with the Great Housing Mission (La Gran Misión Vivienda) social housing program distributing home ownership certificates.

US officials accuse Bolivarian leaders of being prone to totalitarianism. Intense smear campaign has been launched against the Venezuelan leadership to mobilize all opponents in and outside the country in an effort to oppose the Bolivarian government. To demonstrate that the country is under unremitting control, the USS George Washington carrier strike group moved to the Caribbean Sea. Reconnaissance aircraft have intensified their flights along the Venezuelan border taking off from US controlled airstrips located in Colombia and Curacao. Vladimir Padrino López, the current Minister of Defense for the National Armed Forces of the Bolivarian Republic of Venezuela, said the military were closely watching the situation. The intensification of US military activities was hardly accidental.

In the mid-term, the large-scale and mutually beneficial commercial and economic ties between Moscow and Caracas will not be affected. The joint energy projects of Venezuelan PDVSA, a state owned oil and natural gas company, and Russian Rosneft and Gasprom will dynamically make progress as profitable projects bringing in stable foreign currency inflows. The United States may try to expose «corruption schemes» among the ranks of PDSVA staff to get rid of Bolivarian functionaries to substitute them with the new ruling coalition appointees. The stories about a «Russian corruption trace» may be fabricated in connection with the recent leaks of information on CIA and NSA spying activities in the Venezuelan energy sector. 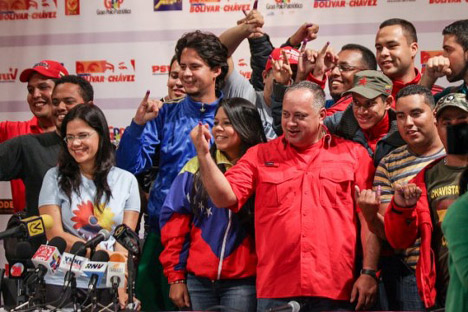 Military cooperation between Russia and Venezuela may be curtailed under US pressure. The opponents of Bolivarian government use the economic crisis as a pretext for reducing military expenditure. They say it’s unacceptable to «squander» so much under the conditions when there is no threat. Many people support this argument. Russian specialists will continue to be involved in maintenance of the Russia-supplied weapons systems already in the inventory, but Rosoboronexport will have to delete Venezuela from the list of privileged partners at least for a while. 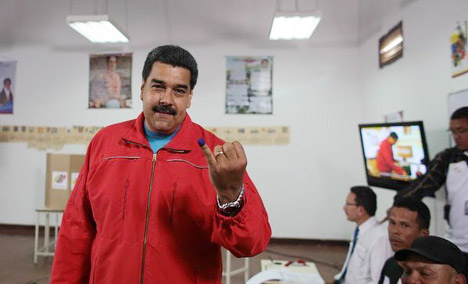 President Maduro remains the head of state with foreign policy, military and law enforcement agencies under his control. He’ll do his best to make the government act efficiently under the new circumstances. The opposition will strengthen the control over the governmental structures. Any corruption schemes revealed will be used to smear the regime. It is widely believed that the disagreements between Bolivarians and MUD will grow. The attempts taken by MUD MPs to implement neo-liberal economic reforms will spark mass protests and strengthen the support of President Maduro and his allies. The Bolivarian military role as a key guarantor of stability and constitutional law and order will increase. Thanks to late President Chavez the armed forces leadership has been educated in the spirit of patriotism, nationalism and anti-Americanism – a factor that could be used to restore the position of executive power before the newly elected majority coalition makes an attempt to recall the country’s leader and revoke his presidential mandate.