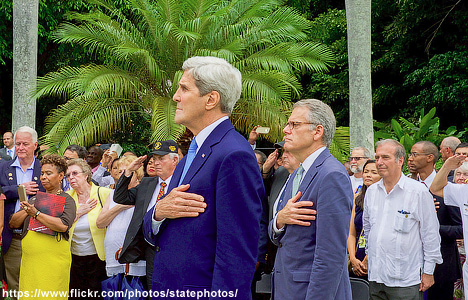 The official ceremony opening the U.S. Embassy in Havana took place on August 14. US State Secretary John Kerry attended the event. He was in spotlight that day. It could not have been otherwise. In recent years the State Department led by Secretary Kerry has achieved little to be proud of regarding its Latin America’s policy. Now a promising diplomatic breakthrough is looming as the relations with Cuba have been restored at the embassy level. In January 1961 the US flag was lowered to be taken away from Havana by US diplomats after then President Dwight Eisenhower took a decision to break the relations with the revolutionary Cuba. Now the Stars and Stripes moved up the flagpole again accompanied by the sound of US national anthem. 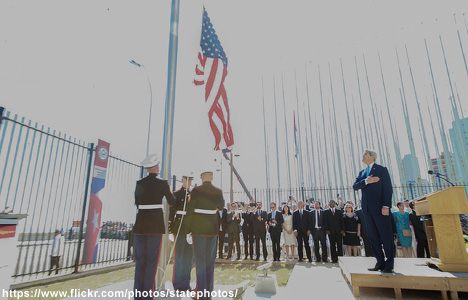 The ceremony lasted no more than 25 minutes. In his opening speech Kerry admitted that the US has made mistakes in the past and said that «And we are certain that the time is now to reach out to one another, as two peoples who are no longer enemies or rivals, but neighbors – time to unfurl our flags, raise them up, and let the world know that we wish each other well.» He also mentioned the need to restore «genuine democracy» in Cuba.

Western journalists noted that the ceremony was not attended by high profile opposition leaders. The representatives of Ladies in White opposition movement fighting the «totalitarian regime» of Fidel Castro were left out in the cold. 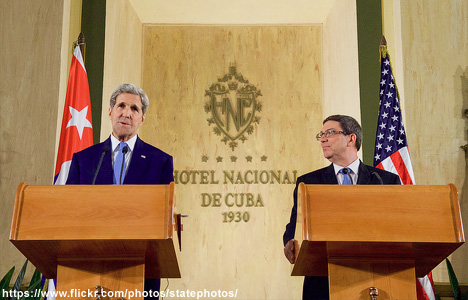 During his short visit to Havana John Kerry held a press-conference together with Cuban Minister of Foreign Affairs Bruno Rodrigues. It was announced that upon the State Department’s request Cuba agreed to increase the US embassy staff from 50 to 75 people. The restrictions on US diplomats movement across the country are fully lifted. It was announced that a bilateral steering committee was formed to hold its first working session on September 10-11 in Havana. To promote mutual trust the sides plan to start with easier issues of less provocative nature which would not require great efforts to implement if corresponding agreements were reached.

Addressing media, Kerry said the steering committee will tackle three packages of issues. The first (easy) package will include maritime security, climate change and environmental cooperation. Civil aviation and telecom and Internet connectivity for the Cuban people fall into the second more difficult package. Such «toughies» as human trafficking, human rights, claims, and return of fugitives fell into the third most difficult package. 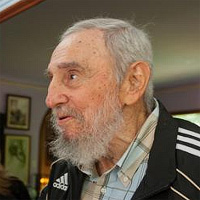 It should be noted that before the Kerry’s visit to Havana Fidel Castro had lambasted the repressive policy of anti-Cuban sanctions. In an open letter published in Granma, the official Cuban Communist party paper, Castro said the United States took advantage of the fact that it had many experts in the field and artificially created an economic crisis that negatively affected Cuba for so many years. According to Castro, Cuba is «owed compensation equivalent to damages, which have reached many millions of dollars» due to US sanctions. The issue of compensations is of fundamental importance to Havana because of American claims for the Cuban property confiscated after the revolution of 1959. That’s what Fidel is talking about in his letter. Cuba will not make concessions on any of the issues discussed with Americans.

In his turn, Bruno Rodrigues constantly repeats that full normalization of relations with the United States is impossible without lifting the blockade and returning Guantanamo Bay (the territory where the US naval base is located) to Cuba.

The Cuban government is adamant in its demands to stop subversive radio and TV – propaganda being spread around to destabilize the nation and incite conflicts provoking the government into using force. It has special importance in light of planned modernization of Cuban telecommunications. The United States hopes to reap benefit taking part in the program. Kerry openly admitted that the US is interested in the project. According to him, «…we are encouraged those U.S. firms are interested in helping Cuba expand its telecommunications and internet links, and that the government here recently pledged to create dozens of new and more affordable Wi-Fi hotspots».

The underlying theme is obvious: the desire to have US-controlled media to influence Cubans, smear the political system and the national leadership under the disguise of openness used for nefarious ends. 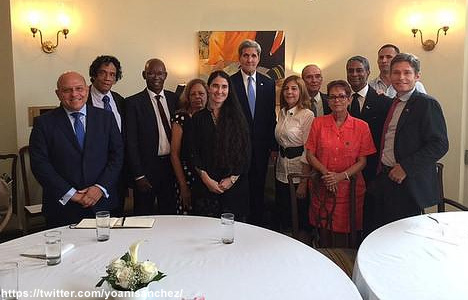 Kerry could not resist the temptation to meet some Cuban dissidents in the residence of Jeffrey DeLaurentis, the current charge d’Affaires of the Embassy of the United States. 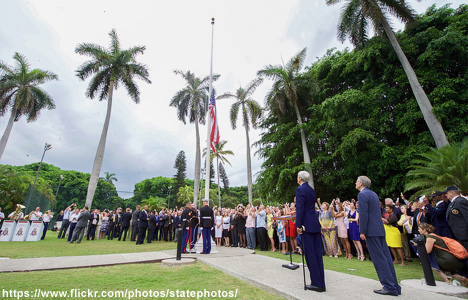 A separate U.S. flag was raised at the estate to demonstrate that the opposition is treated with due respect. Diplomats, representatives of public organizations, writers, artists and religious leaders were among the invited participants. 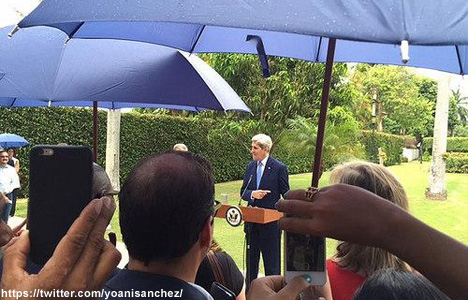 Yoani Sánchez, an odious blogger, was also on the guest list. She is believed to become a minister of information in the «would-be democratic government». During the meeting Kerry said that the existing economic barriers between the United States and Cuba will be kept intact by Congress till the Cuban government reconsiders its policy on «freedom of thought». 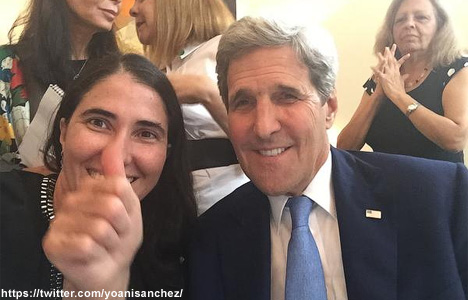 It’s worth to note that the flag-raising ceremony at the embassy practically coincided with the Aug. 12-18 summit of Cuba’s internal opposition and Cuban exiles in Puerto Rico. The forum called the National Cuban Meeting brought together at least a hundred delegates from the United States and the countries of Latin America. 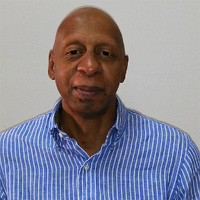 The agenda included the problems of unification, including adoption of common platform and one strategy. Opposition leaders insist that interaction is the most important thing at the time when the US policy on Cuba is undergoing changes. The activities of opposition need to be realigned. Guillermo Fariñas, one of the leading opposition figures, called on the opposition to speak with one voice calling for democratization of Cuba. According to him, this is the right time to do away with internal bickering between opposition groups in Cuba and beyond its borders. 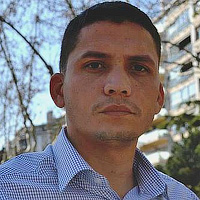 Eliécer Ávila of 14 y Medio online outlet, said the Cuban civil society should quickly adapt to new realities – the changes taking place in the relationship between the United States and Cuba. According to him, all points of view should be united to come up with a single founding document providing basic guidelines for the opposition. The perspective work includes targeting certain groups of people to influence the public sentiments in the country, for instance, spreading the ideas of liberal consumer society among young people, campaigning for multi-party system and inserting changes into the constitution. There were 30 studies submitted for consideration. They have been prepared during the last year. The final declaration will be made public on the last day of the forum’s work.

Former staffers of US interest section in Cuba were seen among the organizers of the meeting. It makes clear who exactly provides funds and directs such a large-scale event in Puerto-Rico which is openly hostile to the government of Cuba.