Summit of Americas in Panama: No Compromise Found

The seventh Summit of the Americas was held at Panama City, Panama, on April 10–11, 2015. President Barack Obama shook hands and chatted with Cuban President Raul Castro. The handshake to symbolize the normalization of relations between the two countries was the main event at the Americas top level meeting. It’s hard to say how long the process will last. There is a history of hostility and mistrust, many Cubans suffered as a result of US-imposed blockade of island – it cannot be instantly forgotten. US Congress has not deleted Cuba from the list of the countries sponsoring terrorism. If it takes place, then Washington and Havana will exchange ambassadors. 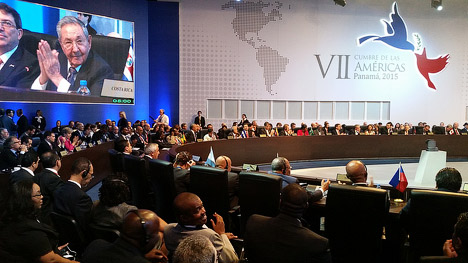 The major part of the address delivered by Raul Castro was devoted not to the relations with the United States, but rather to the strategic tasks related to Latin American and Caribbean integration. He noted that the second summit of CELAC (the Community of Latin American and Caribbean States), that took place in Havana in 2014, declared Latina America and the Caribbean a zone of peace. According to him, it was an important step on the way to reaching stability on the continent. Many other organizations, besides CELAC, pursue the goal of integration, for instance: UNASUR (the Union of South America Nations), CARICOM (the Caribbean Community), MERCOSUR (Southern Common Market), ALBA (the Bolivarian Alliance for the Peoples of Our America) and some others.

Cuban President Raul Castro told the Summit of the Americas on April 11 that US President Barack Obama, who was in attendance, is an «honest man» as the leaders seek to restore diplomatic ties. «Barack Obama had no responsibility for this [Cuba’s blockade]», Castro said. «I again assure President Obama that we are set to participate in the dialogue and work on bilateral relations as the civilized world takes it», the Cuban leader added. «The U.S. President’s words that Cuba should be removed from the list of states sponsors of terrorism are a positive step forward. But our country should have never been on that list». At the same time, Castro noted that «Havana will protect the ideas which have come to the Cubans through sufferings and dangers». «We will continue modernization of Cuba’s economy so as to promote socialism and to strive for justice for the Cubans», the President said.

The conflict between the United States and Venezuela was in focus. The deterioration of relations was sparked by the fact that on March 9 U.S. President Barack Obama signed an executive order which declared Venezuela a national security threat. It was perceived as the demonstration of hostile intent towards the Bolivarian regime by Venezuela and other Latin American states. Signatures were gathered to protest the executive order. Venezuelan President Maduro warned that his country intended to stand up to US imperialism. The United States clearly wanted to avoid confrontation. The top counselor in the U.S. State Department, Thomas Shannon, traveled to Caracas to meet with Venezuelan President Nicolas Maduro. The meeting lasted for almost three hours… 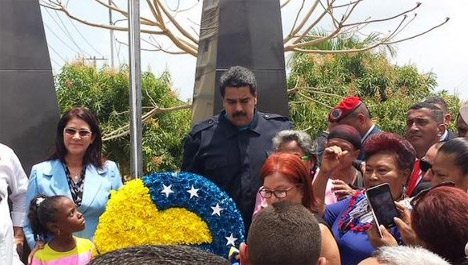 Upon his arrival at Panama City Maduro went to El Chorrillo Neighborhood paying a visit to a monument honoring victims of the 1989 U.S. invasion of Panama. The barbarous attack on the central headquarters of the Panamanian defense forces (La Comandancia) touched off several fires, one of which destroyed most of the adjoining and heavily populated El Chorrillo neighborhood in downtown Panama City. The intervention was explained by the need to overthrow President Manuel Noriega who had faithfully served Washington for a long time to be finally declared a dictator and a drug trafficker. 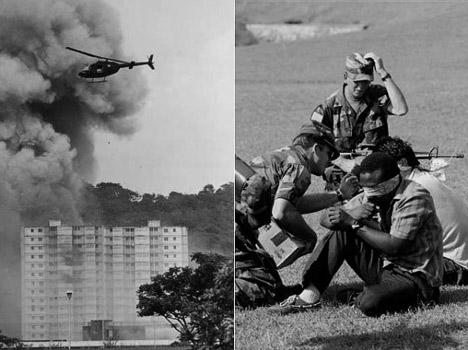 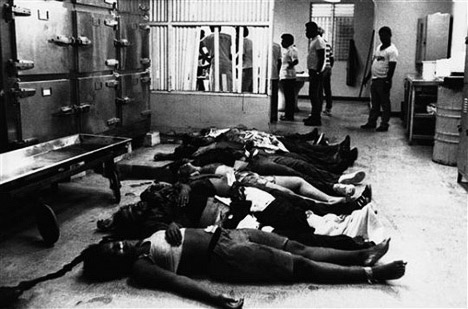 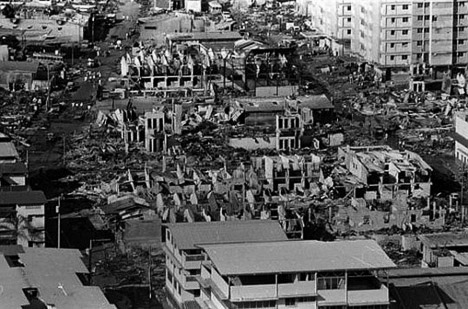 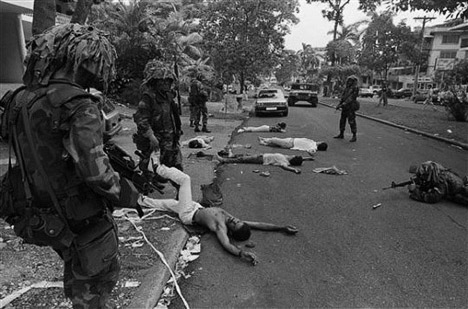 Thousands of Panamanians were killed and wounded. Their families are still waiting for the reparations to be paid by the United States. Maduro laid a wreath at the monument. He met the relatives of the dead and promised to convey their messages to Obama. 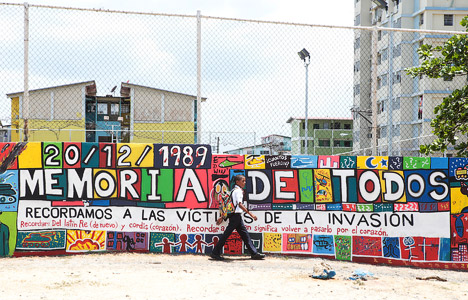 The US President missed the Maduro’s address to the summit. Maduro said he respected Obama, no matter he has committed an act of aggression against Venezuela. He called on the US leader to cancel the executive order and said he was ready to shake hands with the US counterpart. The hand shake did take place. A chat lasted a few minutes. Obama assured Maduro that the United States did not intend to intimidate Caracas. According to him, Washington supported democracy, stability and prosperity in the whole region.

Obama tried to insert some changes into traditional US Latin America policy. He promised not to meddle into internal affairs of other countries in the continent. «We are respectful of the differences among our countries», Mr. Obama said at the Summit of the Americas. «The days in which our agenda in this hemisphere so often presumed that the United States could meddle with impunity, those days are past», the US President said. Obama admitted that his country was not an ideal when it comes to human rights issues, «It’s not to say that my country’s perfect, we are not. And that’s the point», Mr. Obama said. «We have to wrestle with our own challenges from issues of race to policing to inequality. We embrace our ability to become better through our democracy». 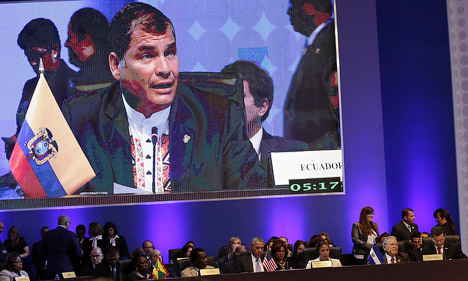 Rafael Correa, the President of Ecuador, immediately explained the reason for pliability of Obama, «We will no longer tolerate interferences, interventions or unilateralisms, nor we will ever be backyard to anybody, specified the head of State during the closing ceremony of the Summit of the Peoples which sessioned in Panama in parallel to the Summit of the Americas». «We speak more of the present, the ridiculous decree of the United States to declare Venezuela a menace to its national security in the 21st Century», asserted the President. He noted that the anti-Venezuelan decree was a gross violation of international law and the Charter of the Organization of American States, «It all about elementary norms of coexistence, of respecting the own OAS Charter, that bans the interference of some over the others, unilateralism, the beginning to revere international law and the coexistence between nations».

Correa proposed to solve regional issues through the Bolivarian Alliance for the Peoples of our America and the Community of Latin American and Caribbean States (CELAC) and leave the OAS as a forum to present conflicts with North America. 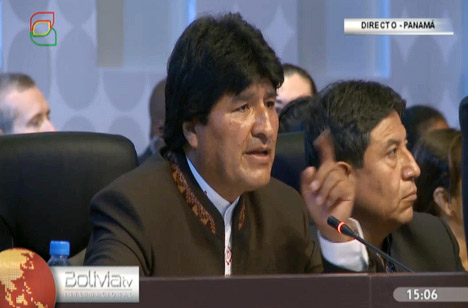 Evo Morales, the President of Bolivia, said the United States should stop acting like an empire. The Bolivia’s leader called on Obama to leave the double standards behind and stop putting forward ultimatums and resorting to the policy of terror. Morales emphasized that the nations were changing. Latina America and the Caribbean are not what they used to be, it has become impossible to impose military dictatorships on them anymore. The region has stopped being subservient and submissive. The vibrant continent strives for self-determination. «We are no longer submissive. No longer can coups be imposed in our countries, as we are a region seeking to determine its own future … We are no longer the shadow of U.S. imperialism, as we say what we think and we do what we say. We ask that you respect our democracy and our sovereignty», he said. Morales asked the United States to stop turning the world into a battlefield. The only one who gains from wars is financial tyranny. He lambasted the US for preaching democracy at the time when America daily breached the human rights of millions on the planet. According to him, the United States was the country «that resorts to torture more than any other country», he said, questioning the human rights discourse of Washington when justifying interventionist policies against another nation.

The representatives of opposition from many states of the continent gathered in Panama with the help of State Department and the Central Intelligence Agency. Behind the curtain Obama met Cuban dissidents and representatives of non-government organizations from other countries. He promised them unconditional support. Cacerolazo (a metallic tapping, a cacophony of clanging pots and pans) filled the air in Panama City at the time of the summit. Normally Venezuelan opposition uses it to protest the government policy. Nobody is dying of hunger in Venezuela, but the opposition must earn its keep. Probably rebroadcasting transmitters were used to make the noise produced by protesters louder.

The Obama’s flexibility did not mean a big thing in reality. Assistant Secretary of State for Western Hemisphere Affairs Roberta Jacobson said the anti-Venezuelan decree would not be called off. She was among the first to report there will be no final declaration of the summit because it was hard to work out a final document all the participants would agree with. Indeed, no compromise on the final declaration was found.

Venezuelan Foreign Minister Delcy Rodriguez wanted a condemnation of the sanctions imposed on his country by the United States to be part of the introduction. President Maduro said not a single country of the region would endorse the unjustified sanctions introduced by Washington. 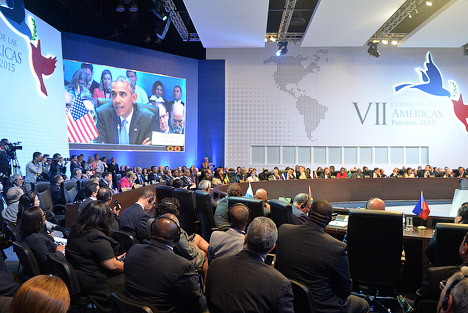 Finally the United States and Canada blocked the declaration. It is not the first time a document is blocked. In 2005 the summit was characterized for a regional opposition against the Bush Jr. sponsored FTAA (the Free Trade Area of the Americas). Since then the summit never arrived at common agreements. The next summit of Americas is slated for 2018. It will take place in Peru.